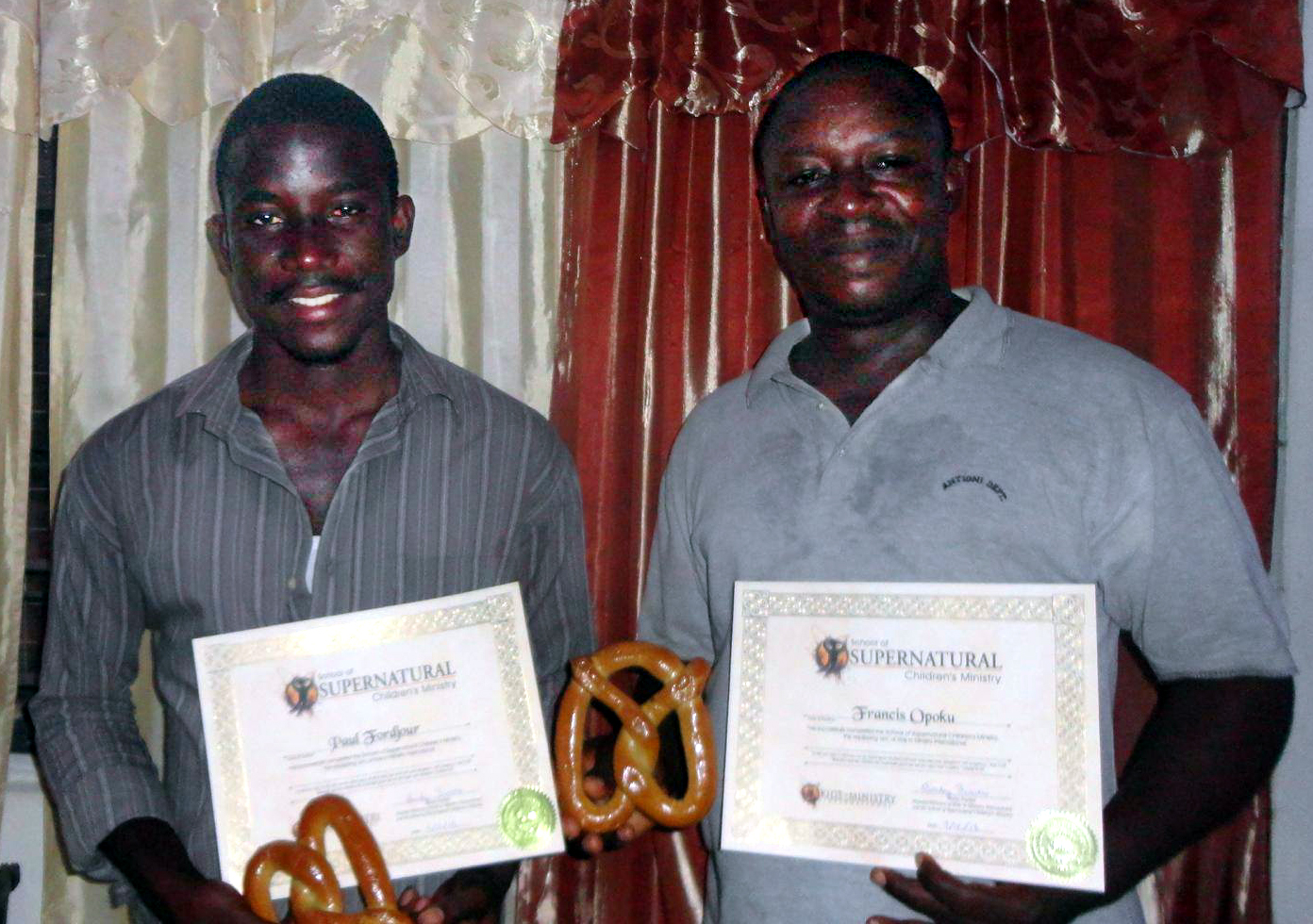 What an honor to have these two amazing children’s ministers from Bogatanga, Ghana join the growing number of international SSCM graduates.

On the left is Paul Forderer, a great help and support to Pastor Francis Opoku (right) who had been up to his eyebrows ministering to the children of his nation through his own group called Action Children Mobilization. He had formed dozens of groups ministering to children called Royal Cadets, but had dreamed for a long time of joining his ministry to PowerClubs. As of 2012 there were 47 Royal Cadet PowerClubs serving 10,000 children.

This happened just a few short years ago, and his groups are now called Royal Cadets PowerClubs. Our premiere PowerClub trainer and KIMI Ambassador at Large, Pamela Ayres, went to train his existing leaders on how to bring children into the supernatural lifestyle of God. The leaders began teaching their 5,000+ children how to hear the voice of God, pray for the sick, and just take them into the deeper truths of God’s word. Some of our most intriguing testimonies come from his PowerClubs. 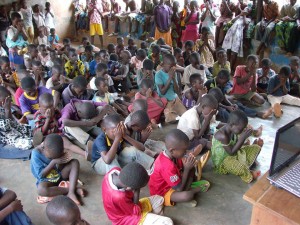 Francis has told us that while not all of his leaders have fully caught the vision, others are doing remarkably well. Several are teaching on Spirit Gifts and experiencing spiritual encounters. Word of wisdom and Word of Knowledge are paramount among them. Others are walking in a higher level of Discernment than myself. 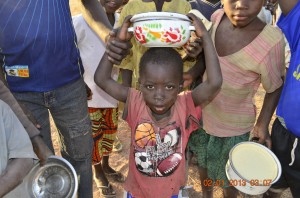 “One of the leaders, Felix, operates in the deliverance ministry and especially against witchcraft spirits,” Francis continued. “He is teaching his children to exercise their power over evil spirits.

The result (and this happens in almost all our cadet Communities) is that, our children no more fear those objects their parents called gods. They now walk everywhere in the communities without fear. In the past, there were told/warned never to walk some parts of their villages. They were told they would meet gods/ghosts of their ancestors if they walked there. But our children have defied all those by Faith.”

Pastor Francis has one of the biggest heart and visions of anyone we have met in Africa that go so far beyond his work in PowerClubs alone. He is active in feeding the hungry, and obtaining Bibles and books for the children of Ghana. He is a leader in the Right to Play program in Ghana, and for years housed as many as twenty street children in his home with his own six children.

She rode a bus all night over 27 hours one way to make it to the ceremonies in time. Because she was not even going to be in town a full 24 hours, she didn’t even purchase a hotel room, but slept on Becky’s couch until the next day. 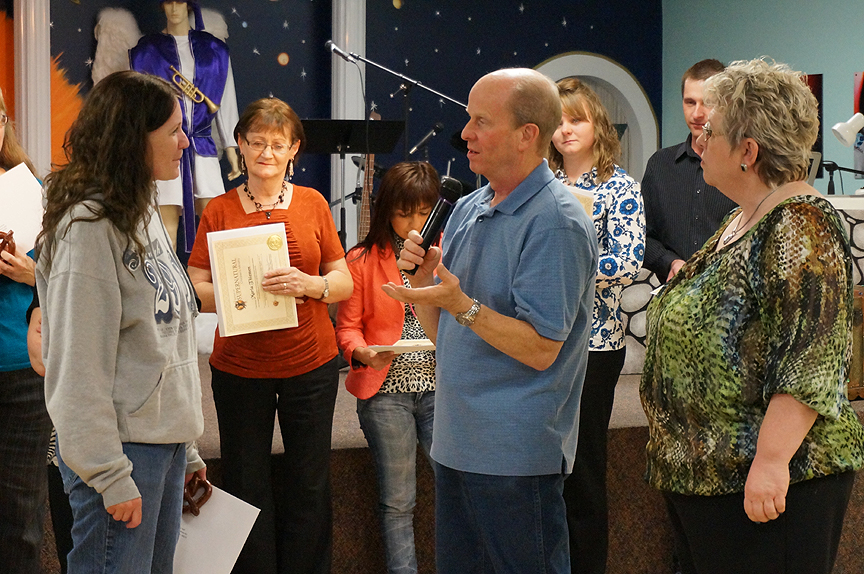 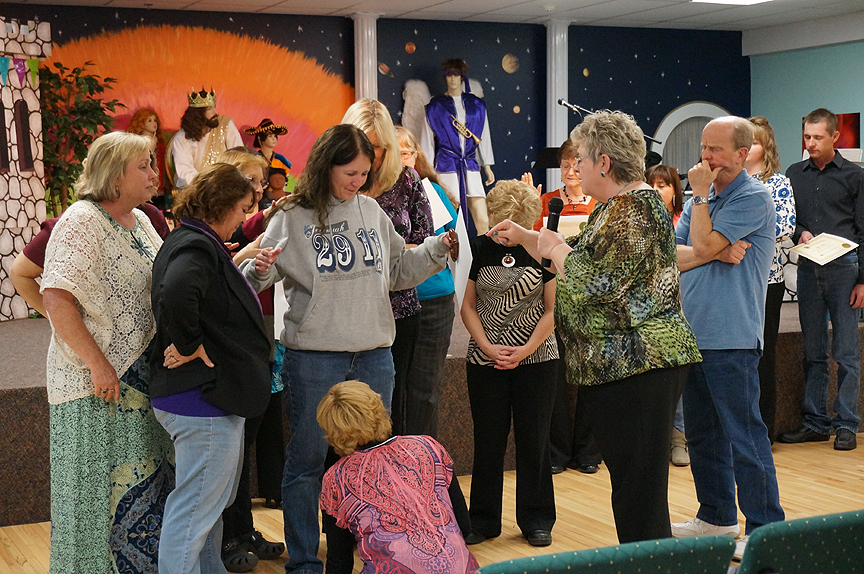 Our KIMI leaders gathered around Andrea to pray over her as we do with all of the graduates in attendance.

Andrea is leaving soon to do missionary work in Africa and hopes to establish PowerClubs there. We salute you, Andrea!

In October 2013, we held our 4th Annual KIMI Leadership Conference “Pressing for the Prize,” in which John Tasch, was our keynote speaker. John was a breath of fresh air of encouragement and inspiration. During this conference we also had our Annual School of Supernatural Children’s Ministry graduation ceremonies for all the new SSCM grads from literally all over the world. 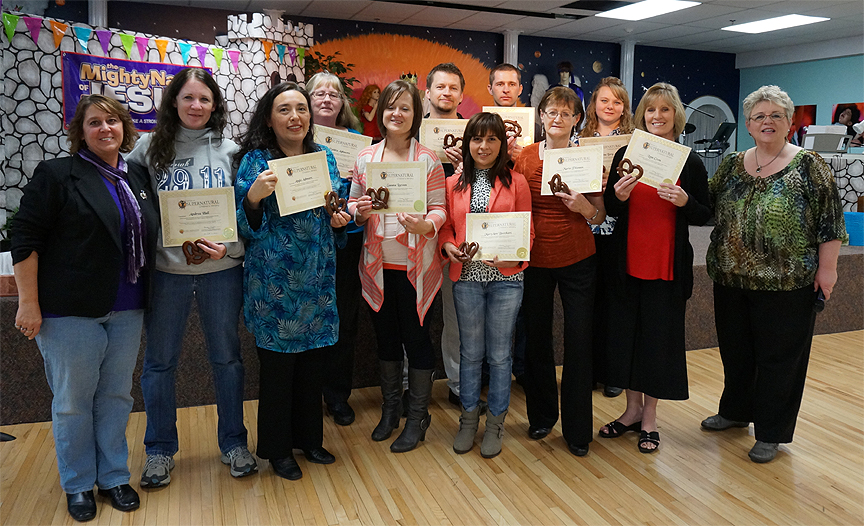 While only ten were able to actually fly into North Dakota to join us, we actually had the largest graduation class ever in one year. There were forty-two new grads from about fifteen different nations! We were thrilled. As always, we laid hands on and prayed over the ones who came in person, but we also prayed over the remaining certificates and those they represented before mailing them out.

One graduate told us: “This training has given me a new paradigm for the call of God on my life. During the ‘casting vision’ part of the training course all I could say after every teaching was “wow.” I was awakened to the reality of the need and potential of our kids to be taught and equipped in their callings as kids of the kingdom.” Lyn C.

Angie A. wrote: “I have seen kids in revival, but something was missing. The vision of the Tabernacle Pattern of Children’s
Ministry was a higher vision than what I had, and that is what I received through the SSCM and by using the KIMI Curriculums.”

We look forward to seeing these graduates get further involved in KIMI and helping spread the message of boys and girls walking in the supernatual power of God!

If you are a new student of SSCM, please plan to join us for Graduation in 2014. Click here for more information.

Sept 5, 2014 was a day of mixed emotions as it was the last day that Laura Diehl served as our beloved SSCM Administrator since 2010. She wrote: ” I have been honored to serve the students of this school for the last four and a half years. May God continue to richly bless you all as we continue to serve the children of His Kingdom together.”

I wish to express my personal heartfelt thanks to Laura for the many years of faithful dedication and devotion she has given to Kids in Ministry, and to me as her mentor and friend. Laura and I have worked very closely together over the years, especially when she volunteered to take the responsibilities that came with overseeing the School of Supernatural Children’s Ministry. Laura was also the director of KIMI Wisconsin and established a network of leaders and PowerClubs in Uganda.

In Laura’s own words:

“I have been so very blessed and honored to mentor under Becky Fischer and to be a part of Kids in Ministry International since the first day I was trained to be a KIMI Missionary Representative in November of 2004. At that time you didn’t know what to do with any of us! That was the day God started me on the path to my destiny of sending me to children in the nations.

I thought this would be the avenue God would use me in for the rest of my life in order to fulfill this calling He gave me. But as I told Becky on August 5th, God surprised me by telling me and confirming in multiple ways that being under her leadership was a season in my life, and it is now time for me to move out from under KIMI, and go the direction He is sending me in my own personal ministry.”

Laura will be Greatly Missed

Laura has been with us from the beginning. She’s a part of the spiritual “furniture” of KIMI. But I have known in my heart that if I did my job right, we would be a launching pad for a number of leaders and that not all will stay. There are others God will eventually call out as well. That is one of the ways we will spread this vision all over the world!

I remember what it was like when I realized I could no longer be satisfied with being a children’s pastor because the vision in my heart was “too big for the house (local church)”. This is really as much of a time to rejoice as it is to mourn, because Laura will be taking a piece of us with her. I know beyond a doubt that whatever she does she will be helping to “redefine children’s ministry in the 21st century!

We love you, Laura!

You can reach Laura at crownofglory.laura@yahoo.com. 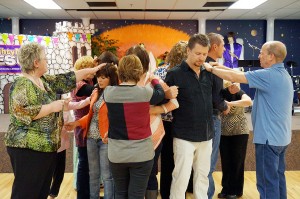